International Director of Youth and Discipleship

Dr. David Blair, International Director of Youth and Discipleship for the Church of God, passed away on Sunday, March 21, 2021 in a Chattanooga, Tenn. hospital. He was 56.

It is with great sadness I announce the passing of Dr. David Blair, International Director of Youth and Discipleship. Dr. Blair passed today, Sunday, March 21, after battling severe complications related to Covid.

This devastating loss will be felt by none greater than his precious wife, Janet; their children, Bruce and Brittani; daughter-in-law, KaLea; grandson, Charlie; father, Charles; and sister, Mollie; but will reverberate within the Department of Youth and Discipleship and globally throughout the Church of God. The International Executive Committee and I are calling Church of God leaders and members to fervent prayer, asking the Holy Spirit to cover Janet and the entire family with comfort and peace, then offer thanksgiving for the impact and legacy of David’s ministry on each of us, and millions of others around the world.

Official arrangements and obituary have been released and are posted below. Please keep the Blair family in your thoughts and prayers. 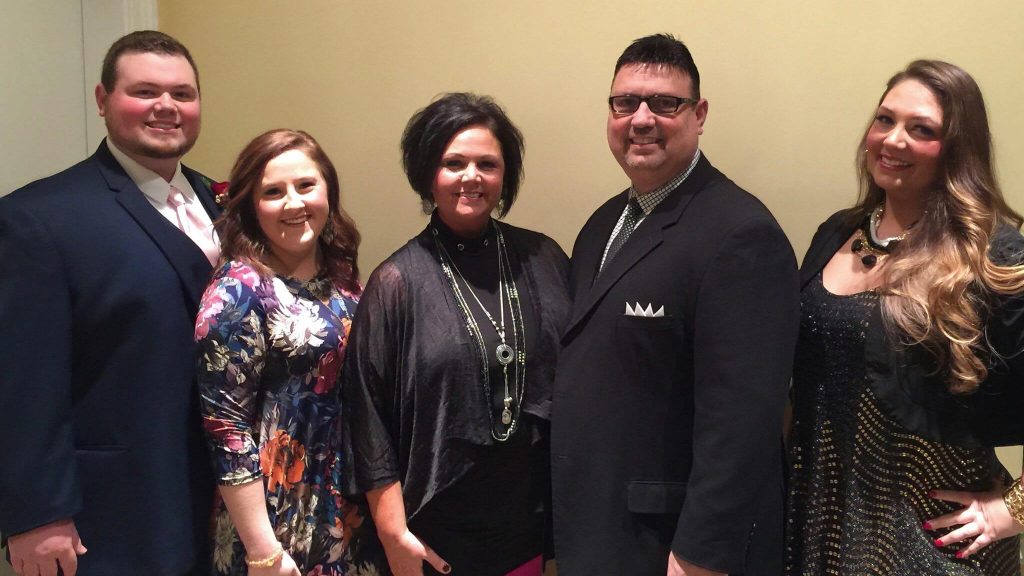 A Celebration of Life service for Dr. David C. Blair, International Director of Youth & Discipleship for the Church of God, will be held on Thursday, March 25, 2021 at North Cleveland Church of God.

The arrangements are as follows:

Social distancing protocols will be followed and masks are required.

Dr. David Carlton Blair, International Director of Youth and Discipleship (previously Youth & Christian Education) for the Church of God, passed away on Sunday, March 21, 2021 in a Chattanooga, TN hospital at the age of 56.  Born in Dothan, AL on October 1, 1964 to Charles and Jo-Ann Blair, David was raised in South Georgia. A true pastor’s kid, David’s early years were defined by serving with his parents in local church ministry. At a young age, David displayed extraordinary musical ability and took every opportunity to play his bass guitar.

After high school, David went to Lee College (now Lee University) on a music scholarship. He graduated from Lee in 1986, earning a Bachelor of Science in Bible & Christian Education. After completing his undergraduate studies at Lee University, David continued his formal education at the Pentecostal Theological Seminary, where he received a Master of Divinity degree, and then obtained a Doctorate of Ministry (D.Min) from Columbia International University in 2003.

After marrying his college sweetheart, Janet Knight Blair, on August 25, 1984, David and Janet formally began their ministry in March 1985, first serving as youth pastors at LaFollette (TN) Church of God. Their next stop on the road of youth ministry took the couple to North Cleveland Church of God in Cleveland, TN where David and Janet served as youth pastors for nine years. During this time, David was part of the early planning of Winterfest. Since then, he has been heavily involved in the growth and success of Winterfest which has become one of the Church of God’s largest and most impactful annual events. In 1993, he became an Ordained Bishop in the Church of God.

Recognizing his giftedness as a leader, Church of God Youth & Christian Education appointed David to serve a dual role as State Director of Youth and Christian and Evangelism Director for the state of Arkansas in 1994. After four years, he left to serve the state of Kentucky in the same capacities from 1998-2000. In 2000, the Blair family transitioned to the Delmarva-DC area where David served as Director of Youth & Christian Education. In late 2004, David and his family moved back to Cleveland where he began a four-year appointment in the Church of God Youth and Christian Education Department, serving as International

Youth Ministries Coordinator. David’s final appointment as a State/Regional Youth Director came in 2008 when he returned to South Georgia for four years prior to his election to the Assistant International Director’s position in 2012. David has been a resident of Cleveland, TN for the past nine years, having been elected to his current position at the Church of God General Assembly in 2016. Tenure limitations would have completed Blair’s service as International Director in 2020, however, postponement of the Church of God General Assembly last summer due to the Covid-19 pandemic extended his leadership until 2022.

A Remembrance of Life celebration will take place on Thursday, March 25, 2021 at 2:00 p.m. at the North Cleveland Church of God, 335 11th St., NE, Cleveland, TN. Friends will be welcomed to the sanctuary to pay tribute prior to the service, beginning at 11:00 a.m. Social distancing protocols will be followed and masks are required. A private graveside ceremony will follow the service.

In lieu of flowers, the family has requested donations be made to the “Dr. David Carlton Blair Ministerial Scholarship Fund,” ATTN: Church of God Youth and Discipleship, 2490 Keith Street, Cleveland, TN, 37311.