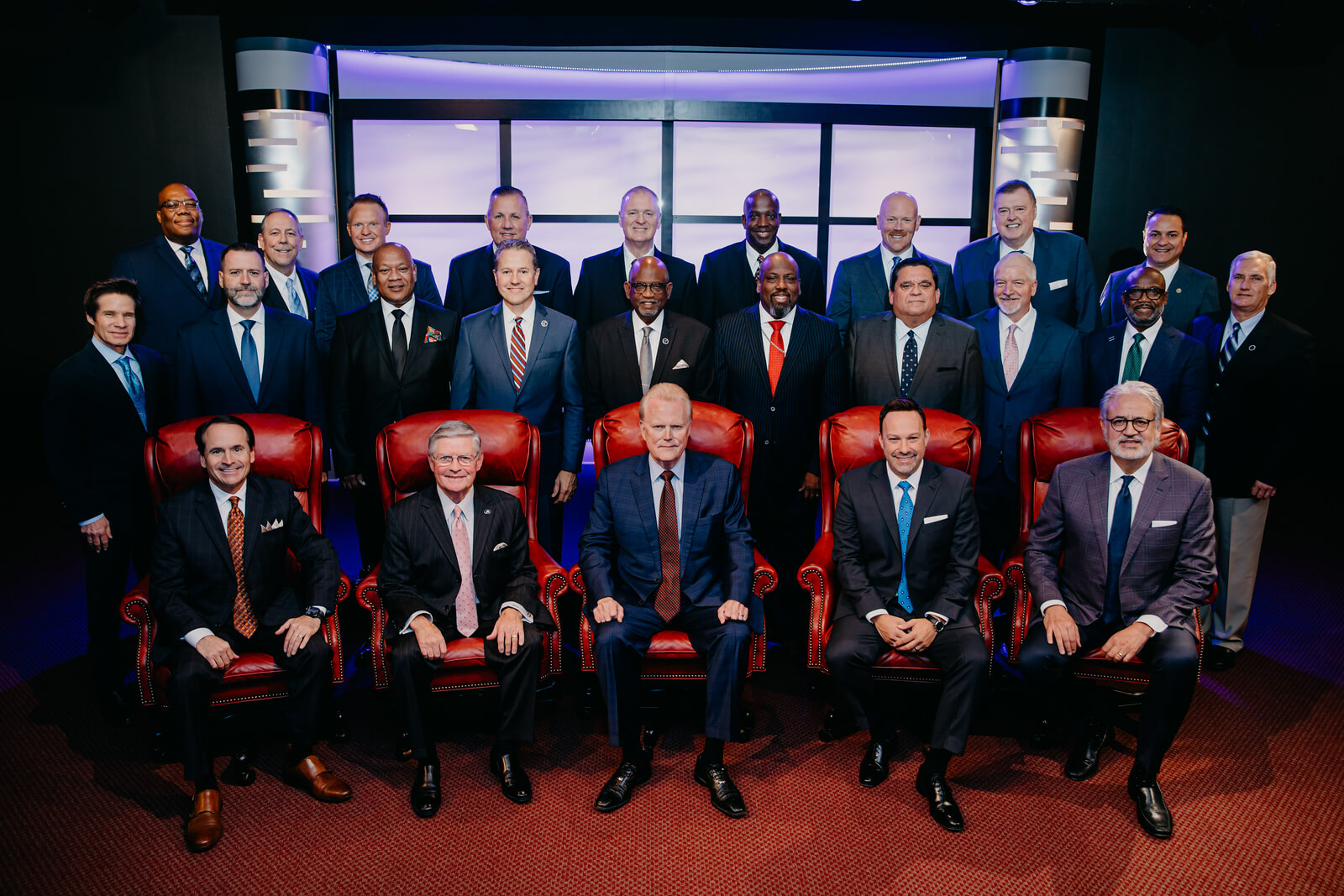 The 2022-2024 International Council of Eighteen consists of the following men, listed in order of their election and where they presently serve in ministry: